When you’re deciding which hotel to stay at, you may be influenced by its onsite amenities, customer reviews or simply its price tag. But what about interior design?

Do the colours, décor and design of a hotel room influence your decision to stay there? And does gender influence which type of room you’ll be more drawn to?

We recently conducted a survey of 1000 people from across the UK and asked them their opinions of five of the most liked hotel rooms on social media (a) to find out which they would most prefer to stay at and why.

We also asked them if they felt any of the hotel rooms had more masculine or feminine qualities, and which they felt were the most gender-neutral, appealing to all genders and not specifically suited to only males or females  (1).

The WOW suite at Seel Street Hotel by Epic (Liverpool) 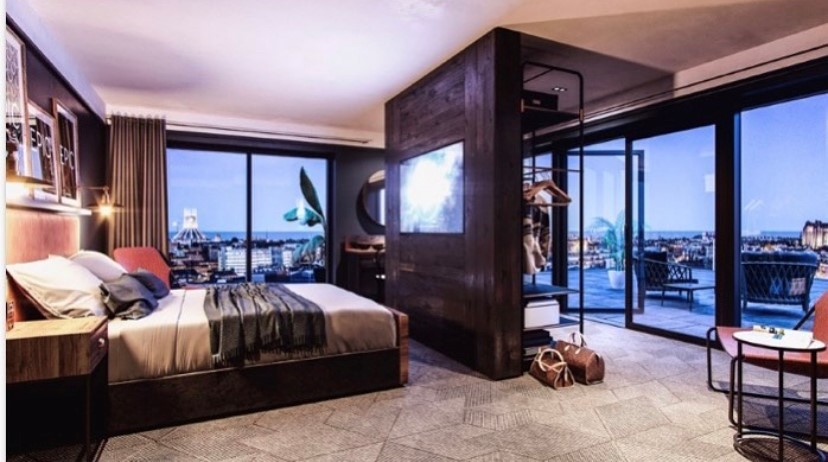 The Castle Suite at The Vermont Hotel (Newcastle) 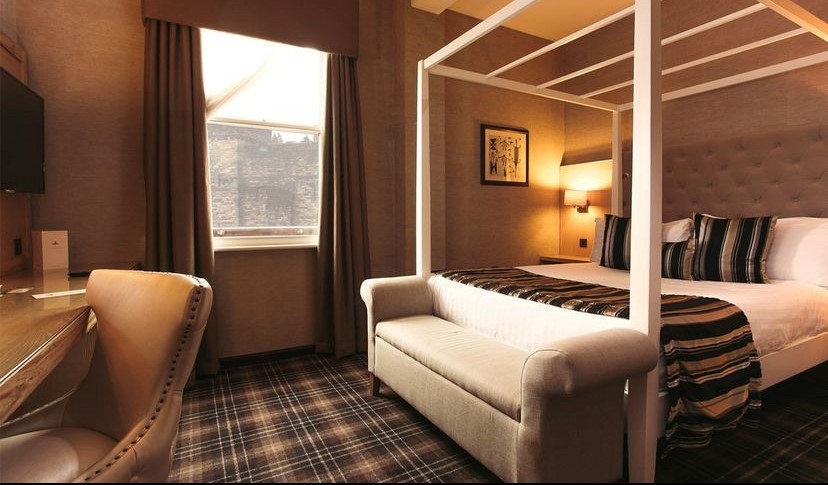 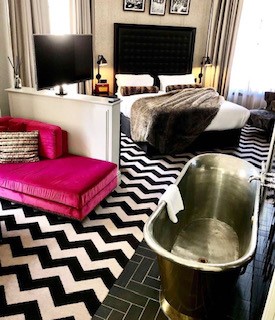 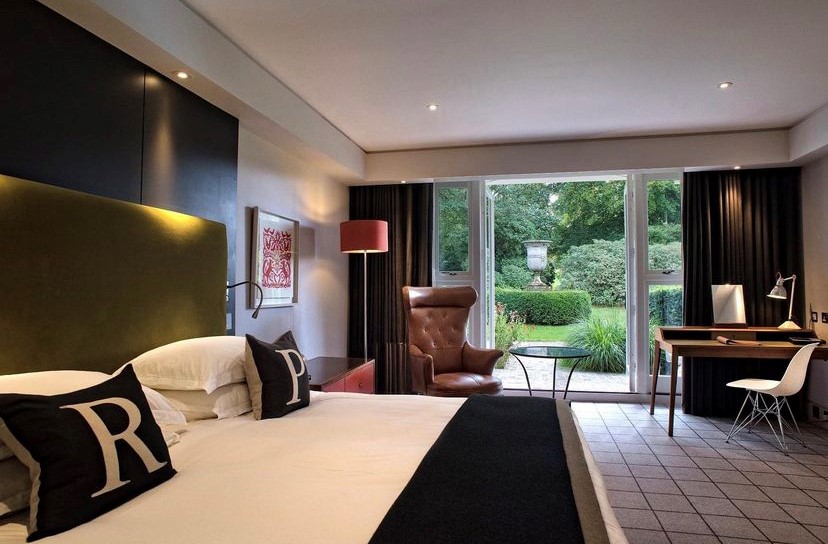 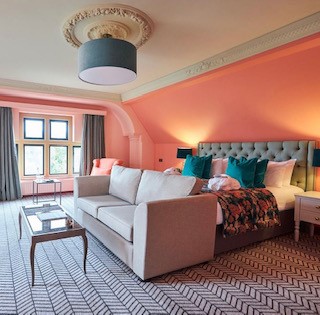 Which hotel room do you think is the most masculine?

Interestingly, the WOW suite at Seel Street Hotel by EPIC, was not only preferred by more men than women (b), but it was also voted by those we surveyed as having the most masculine qualities of all the hotel rooms featured (c). This was closely followed by The Gotham Suite at Hotel Gotham in Manchester (d).

Those that felt the WOW suite was the most masculine hotel room said the practical layout of the room with the TV mounted on the wall in front of the bed would appeal to men. They also felt the straight lines, geometric patterned carpet and dark wood furniture were traits of more masculine interior design and gave the room the feel of a ‘bachelor pad.’

The Gotham Suite came in a close second, with those we surveyed claiming the bold colours, zig-zagged monochrome carpet and tin bath would appeal more to men than women. Many also commented that they felt the room had few feminine touches overall.

Which hotel room do you think is the most feminine? 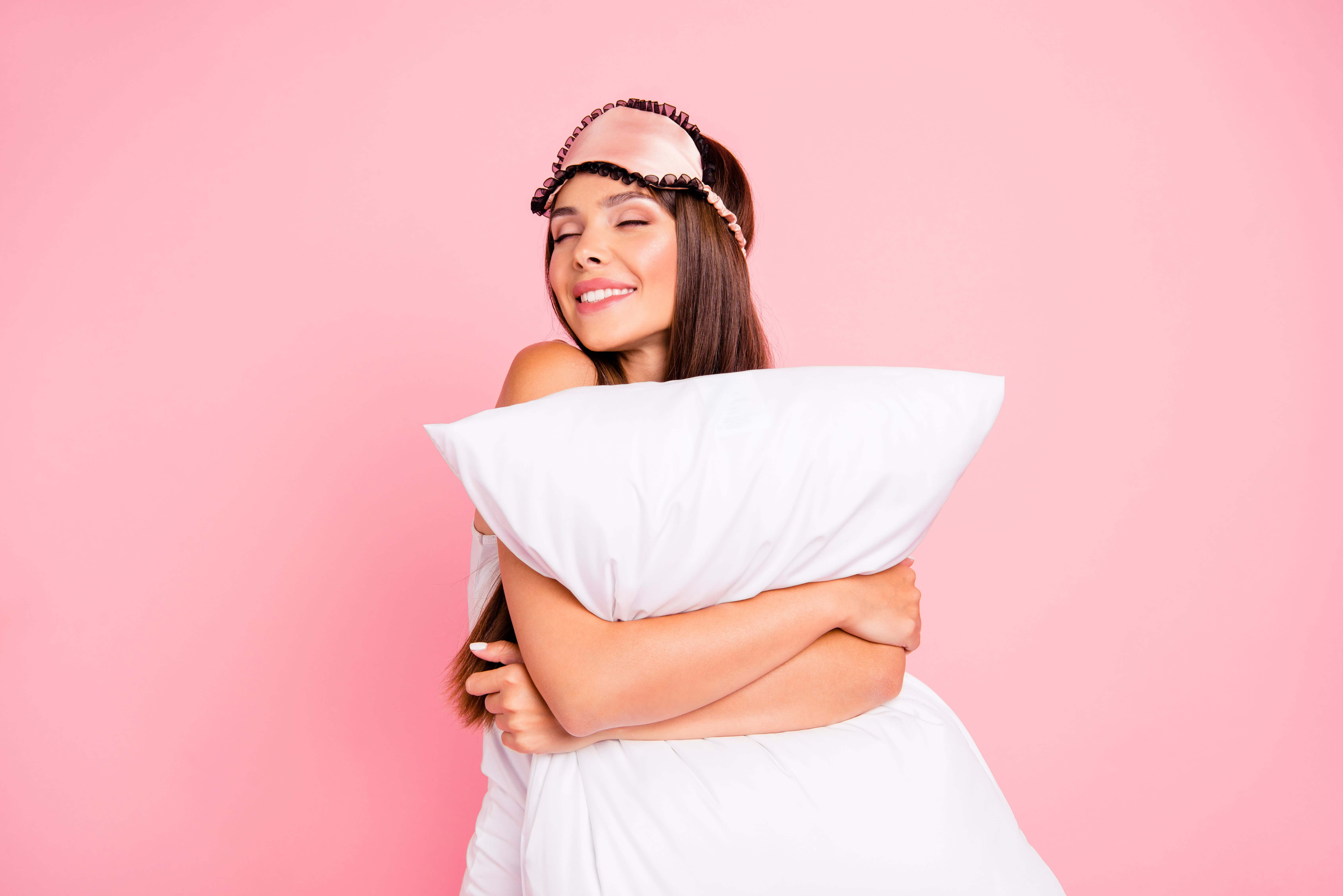 The suite has Hoar Cross Hall was voted to be the most feminine of all the hotel rooms featured (e).

Those we surveyed felt the choice of pink and the additional pastel shades were more ‘girly’, while others felt the overall look of the room was more elegant which would appeal more to women.

The choice of fabrics used and the floral-patterned throw over the bed was commented on as more suited towards females, while others noted the softer lighting created a more feminine ambience. Some even commented that the fact there are multiple cushions and pillows on the bed is directed more towards females than males.

Which hotel room do you think is the most gender neutral?

The Follifoot room at Rudding Park Hotel & Spa was voted to be the most gender-neutral hotel room, and interestingly, this hotel also has the largest number of followers on Instagram of all the hotels featured, with 115k followers to date (f).

When we asked those we surveyed to explain why they felt this room was the most gender-neutral, many commented that the combination of greens, oranges, whites and blacks are colours that would appeal to both genders. Many also felt the room was not dominated by one bold colour or a particular style of décor, which they felt made it neither masculine nor feminine. This could explain why this was one of the rooms to score the least number of votes for being the most masculine and the most feminine hotel room (f).

The Castle Suite at the Vermont Hotel in Newcastle also came in as a close second for being the most gender-neutral room. Once again, a muted colour palette was given as a common reason why people felt this would appeal to all genders. The browns, beige and creams were described as giving the room a cosey and homely feel without making it feel too feminine.

Which hotel room do you most prefer?

Of the five hotel rooms pictured, the most popular was the WOW suite at Seel Street Hotel by Epic (h). With its super stylish décor and contemporary interior design, it’s easy to see why this was also voted the most ‘Instagrammable’ hotel in the UK by MyHotelBreak last year  (3). Interestingly, this was also the room voted to be the most masculine.

So, what did the people like most about it?

The sleek modern design of the room was commented on by many of our respondents. They commented the room felt the most expensive and ‘premium’ of all the rooms pictured and they particularly liked the floor to ceiling windows letting in lots of natural light. People also liked the spaciousness of the room and the fact there was access to an outdoor balcony. The colour palette, combining softer shades paired with the darker furniture was mentioned as a particular highlight. 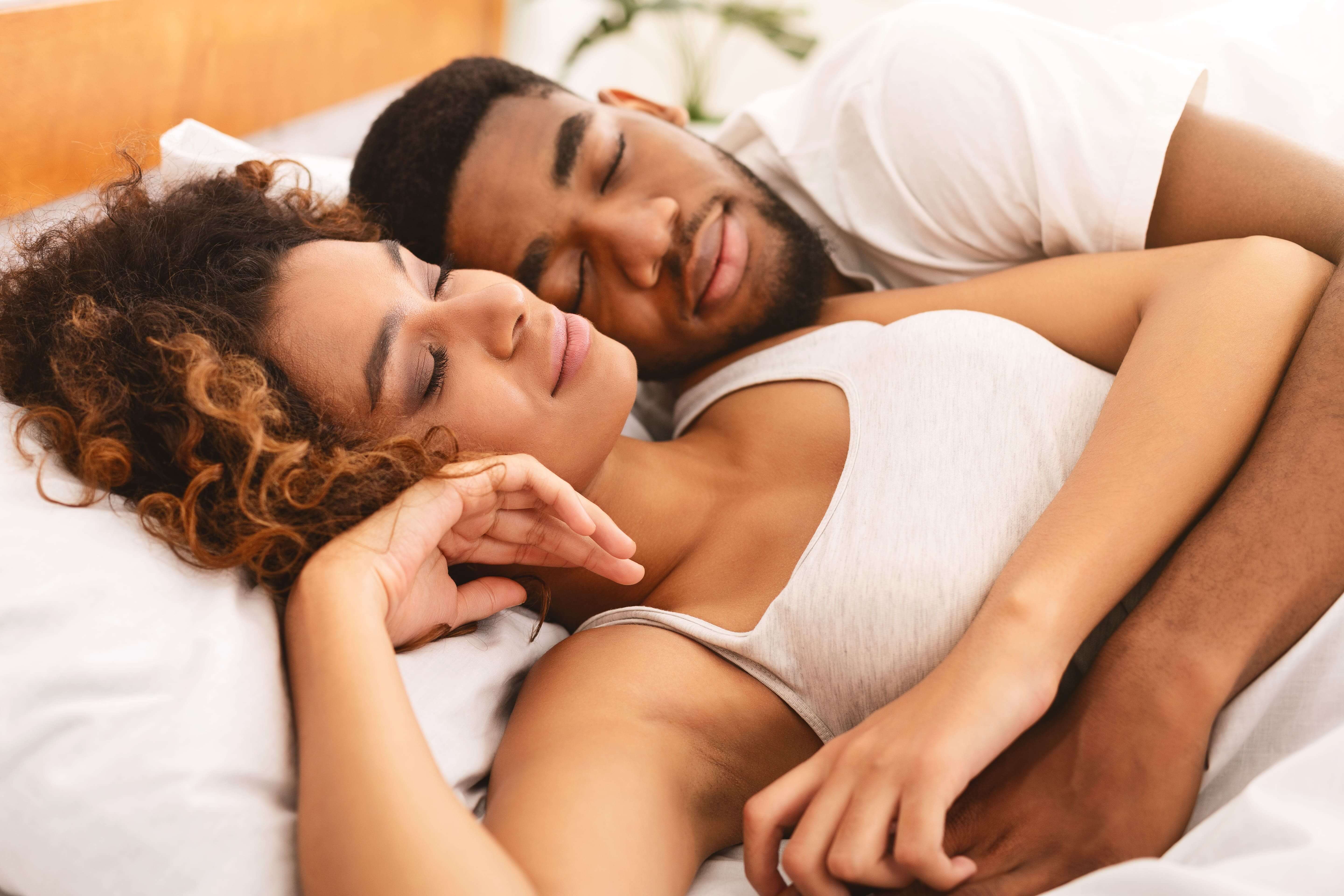 A gender-neutral room doesn’t have to be bland and characterless, instead it needs to blend elements of masculine and feminine interior design to create a more balanced ambience  (4).

So, to make a room feel more gender-neutral, you could choose to layer the room with both feminine and masculine elements, such as a strong dark colour paired with soft pastel, a patterned fabric that features curves and hard lines, a square rug underneath a round coffee table.

Although our survey revealed the most popular hotel room was not also the most gender-neutral, the WOW suite does mix masculine and feminine accents. For example, the room features a round-shaped mirror and table, but also a geometric-patterned carpet. There is also dark furniture, which is offset by the vast amount of natural light flooding through the floor-to-ceiling windows. So, this combination of elements could be more persuasive than we may realise.

No matter what interior design style you prefer, you can find a bed to suit your taste with the Bensons for Beds your bed, your way® service. You can choose from a range of headboards and bed frames and with a wide selection of fabrics and colour options to choose from, you can create a bedroom that’s as unique as you are. Take a look at our Staples & Co and Artisan collections for great examples of how we have all kinds of bed combinations, for all kinds of sleepers, to suit all kinds of spaces, all made to order, to make the best possible bed for you.

a)The five hotel rooms featured were the result of an Instagram scrape based on the most liked/shared hotel rooms in the UK as of 29.4.2022

c)246 of 1000 people surveyed answered ‘image 1’ when asked, ‘From the 5 hotel rooms pictured, which one, if any, would you consider to be the most masculine and why?’

d)204 of 1000 people surveyed answered ‘image 3’ when asked ‘From the 5 hotel rooms pictured, which one, if any, would you consider to be the most masculine and why?’

e)428 of 1000 people surveyed answered ‘image 5’ when asked ‘From the 5 hotel rooms pictured, which one, if any, would you consider to be the most feminine and why?’

h)364 of 1000 people answered ‘Image 1’ when asked ‘From the following 5 hotel room images below, which hotel room, if any, do you prefer and why?’ 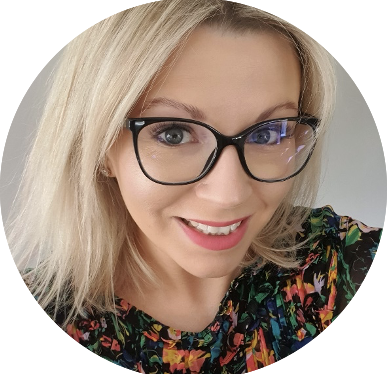 Lauren Jaques
Senior Buyer
Lauren has worked at Bensons for Beds for 11⁄2 years. Lauren is a real industry expert in the area of home furnishing and has buying skills in abundance combined with a keen eye for product detail and flair for design.
Read more from Lauren
×

Sign up to our newsletter to get an exclusive £50 off when you spend over £500*. Plus you’ll be first in line to hear about exclusive discounts, sleep tips and early access to our sales.

*Offer valid one-time per customer on orders over £500